It’s just past 9am and I’ve arrived early (we usually start at 10am) at the Growth Gurus Headquarters in Swieqi on the last day of my first full week here. I sit writing this, with a coffee in one hand and a silly eager smile on my face. After a great couple of days getting to know the team and learning all about what I will be doing for the next three months, I headed into the weekend with an air of optimism eager to get back to work on Monday as fresh as possible.

I can tell you that it has been an experience filled with positivity right from the get go and it feels like I’ve already learnt more during the short time I’ve been here than during my 3 long years at university. With just one week under my belt, I’ve learnt tonnes about the ins and outs of the amazing services the team offers its clients. Diving into the deep end, my first task was to help build a client proposal. This was the perfect project to get started with. It pushed me to delve into all the different kinds of great work the team produces on a daily basis; from analysis to branding, web design and SEO, social media marketing, their incredible targeted advertising and even touching on some content marketing along the way. 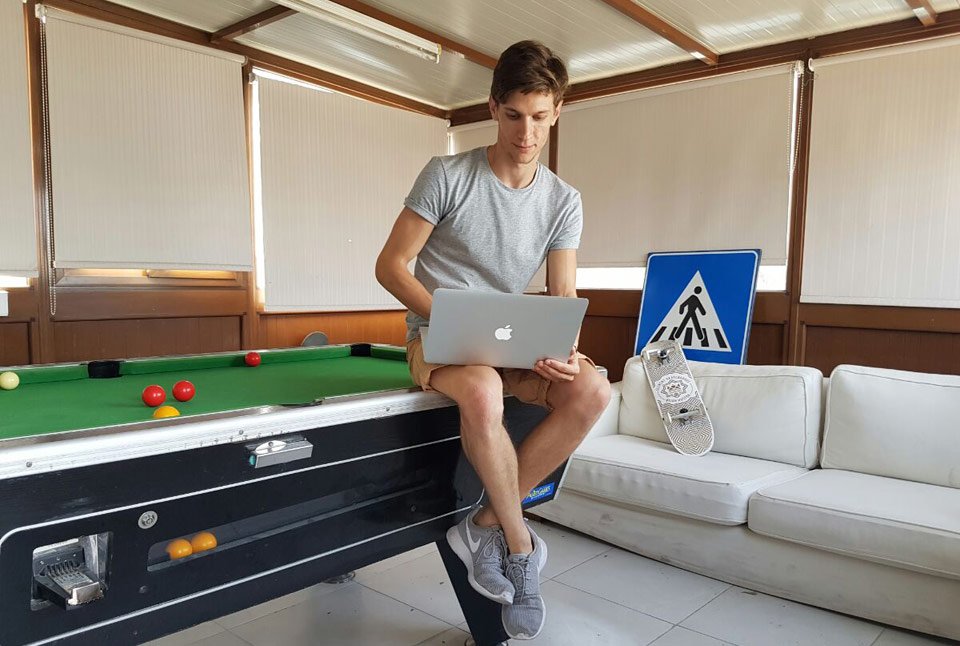 Unfortunately I woke up after the weekend with a cold. With a heavy heart and a blocked nose, I called in sick for my first Monday on the job. No matter the circumstances, you are never going to give your employers the best impression when you miss any Monday at work. You might be thinking – like I had been in the early hours of Tuesday morning – that this is a tale of dismay and that my inefficient immune system had totally wrecked my first week at Growth Gurus… I’m happy to say I was wrong.

With a public holiday coming up the following day and with my health letting me down, I believed that I wouldn’t get much done at all in my first week… but something happened that Tuesday. I came down with another bug. A bug I like to call the Growth Guru bug. The bug I’m talking about was the contagious energy and motivation that lives, breathes and spreads like wildfire as soon as you enter the Growth Guru’s offices. It’s quite unlike any other atmosphere I’ve ever worked in. Having a friend who has been working here for a while now, he never gave up telling me about the great motivational vibe that hangs around the Growth Guru’s offices like a heavy fog, a fog that you can’t help inhaling. I took this with a pinch of cynicism at first, but after being repeatedly told how great it was, I said I had to try it out for myself, and was accepted for a summer internship. I finally understood what he was really talking about on Tuesday morning.

After a brief talk with Alex and Josh about what my duties would be for the week, my irritable symptoms were quickly pushed to the back of my mind. It’s amazing what a dose of Growth Guru enthusiasm and motivation can do for you, even when you’re weighed down by an uneasy cold. After only an hour in the office, any uneasiness that I walked in with was quickly shoved out the window and a full sense of positivity, determination and grit kicked in.

By no means do I attribute that sense of determination to some special, inner personality trait. At the risk of portraying myself in a bad light, I’ve never been the most motivated person in the world, yet I can tell you that I left that Tuesday with an eagerness for the public holiday to be done with as quickly as possible so I could get back to work on Thursday. This feeling was as foreign to me as “soccer” is to an American football fan from the States, but I relished it. As I made my way home, I tried to pinpoint where that office motivation stemmed from. No doubt it has something to do with Josh and Alex’s great levels of energy, but I sincerely believe that a lot of it is a by-product of the whole team’s sincere love for the work that they do and the client’s that they do it for.

Growth Gurus, a growing workplace to thrive in

After a slow public holiday, I came back in on Thursday still wrestling with the symptoms of my cold. Once again they were quickly pushed from my mind as soon as I walked through the door. The hours seemed to fly by and the day was done faster than I knew it. It’s amazing how time flies when you’re working on interesting projects with a team that motivates you every step of the way.

And so here I am, an hour early to work , excited for what’s to come and as I sit and type Josh, Alex and the rest of the team walk in and that unmistakeable air of enthusiasm blows through the door with them. It really feels great to be a Growth Guru. I can’t wait to see what we build together as a team in a dynamic start-up company, definitely a symptom of the Growth Guru bug!